Let’s meet the Director of the award-winning short film, “Flying Child“, Fazle Rabbi. The film “Flying Child” is highly acclaimed in the industry for its unique take on migrant street children of Bangladesh.

Mr Rabbi always had a passion to tell stories for positive social change. With over a decade’s experience in the world of filmmaking and storytelling, he is also currently helping the fashion brand Sailor by Epyllion tell stories as a Brand Marketing & Communication Specialist.

Epyllion Foundation: Congratulations on your film “Flying Child”. Can you share some of your earlier work and inspirations?

Fazle Rabbi: My early life and studies shaped where I am, career-wise. After my Bachelor’s in Graphics Design, I joined the first batch of Bangladesh Cinema & Television Institute under the Govt. of Bangladesh, where I received three awards on filmmaking. I then went on to get a Master’s degree in the University of Dhaka, but I kept on taking on government filmmaking projects. I did biographies of National Professor Anisuzzaman, Artist Syed Jahangir among other short films on social awareness infomercials, which were often broadcast on Bangladesh Television (BTV).

Epyllion: Let’s talk about Flying Child. Tell us about the attention it is getting.

Rabbi: Among the short films I directed, “Flying Child”, released in 2018, received the most attention and recognitions, which was just before I joined Epyllion. It is an independent, 10-minute short film. The film received over 15 national and international awards till date, including the National Jury award by Bangladesh Muktijoddha Jadughor Film Festival, Runners-Up in the UN Rights Film Festival by United Nations and the Embassy of Germany and the Best National Film in the Short Film Festival on Cultural Diversity and Peace organized by ActionAid and the University of Dhaka. Among International accolades, the film received the Best Film Award in Edudoc Festival in Haryana, India, a Finalist position in the Global University Film Awards (GUFA) - also known as the Students’ Oscar, as well as over 17 awards from different countries all over the world. 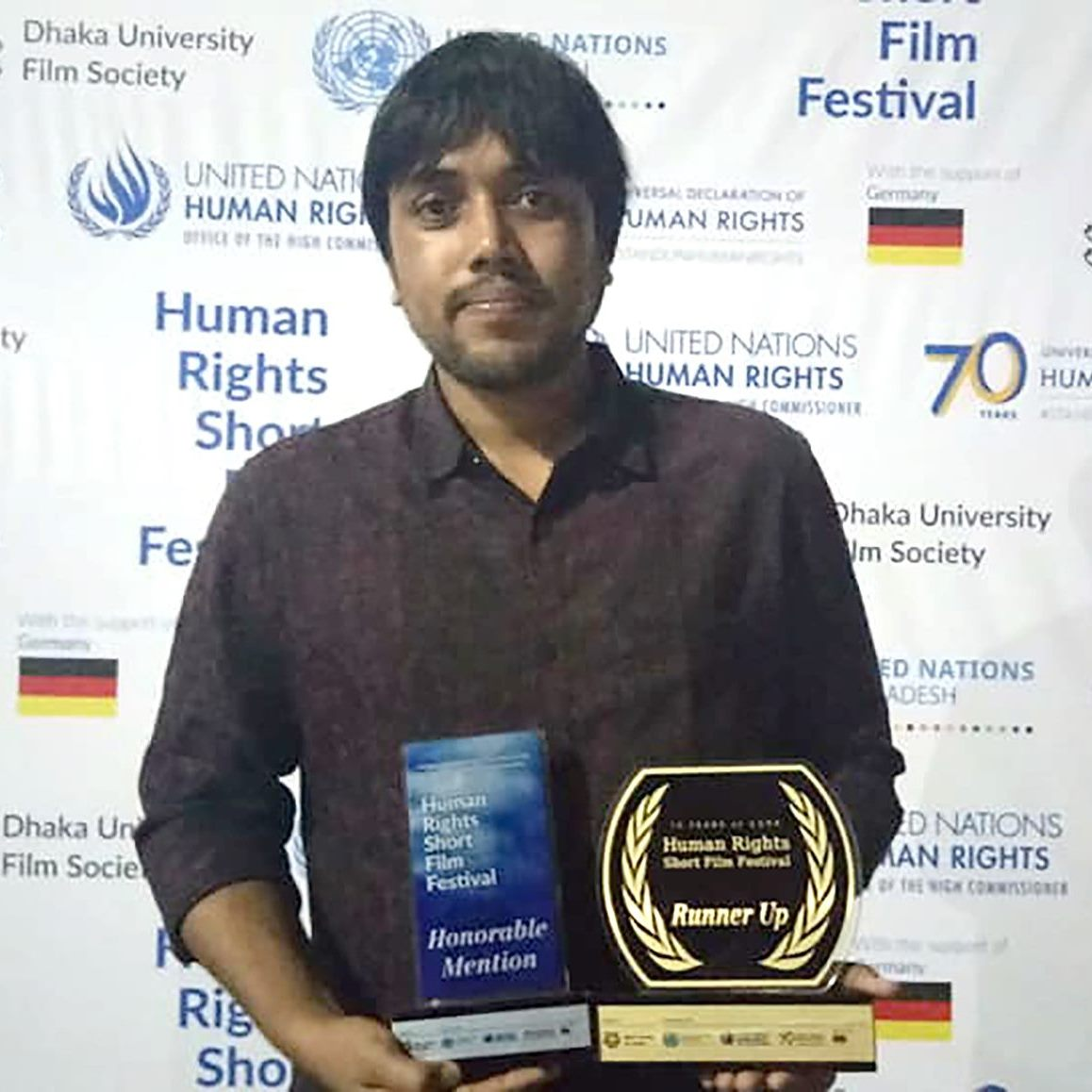 Epyllion: What is the story of the Flying Child?

Rabbi: Flying Child tells the story of the floating children - migrant worker children who live homeless and rootless in railway stations in Bangladesh. These children, barely aged 7 or 8, often run away, or are abandoned by their parents and now live and work on railway stations. They have  no home or no destination, and jump on trains to fly wherever the train takes them. In one of our interviews, one of the children proclaimed “We are like wild birds, we fly from one station to another, wherever the wind takes us. The whole country is our home.” That child inspired me to name the film “Flying Child”.

The story is told from the perspective of a few children we met and talked to. We used a documentary dormant - using their voice, their faces and their lives as the main theme of the film.

Epyllion: Where are you and the film Flying Child headed to next?

Rabbi: The film is already nominated for a lot of upcoming festivals, and has already held a position in 70+ film festivals all over the world. Since I started a full-time job, I did not get the time to film another full-length film yet. I love to travel, and are always on the lookout for inspirations to jump into for my next project.